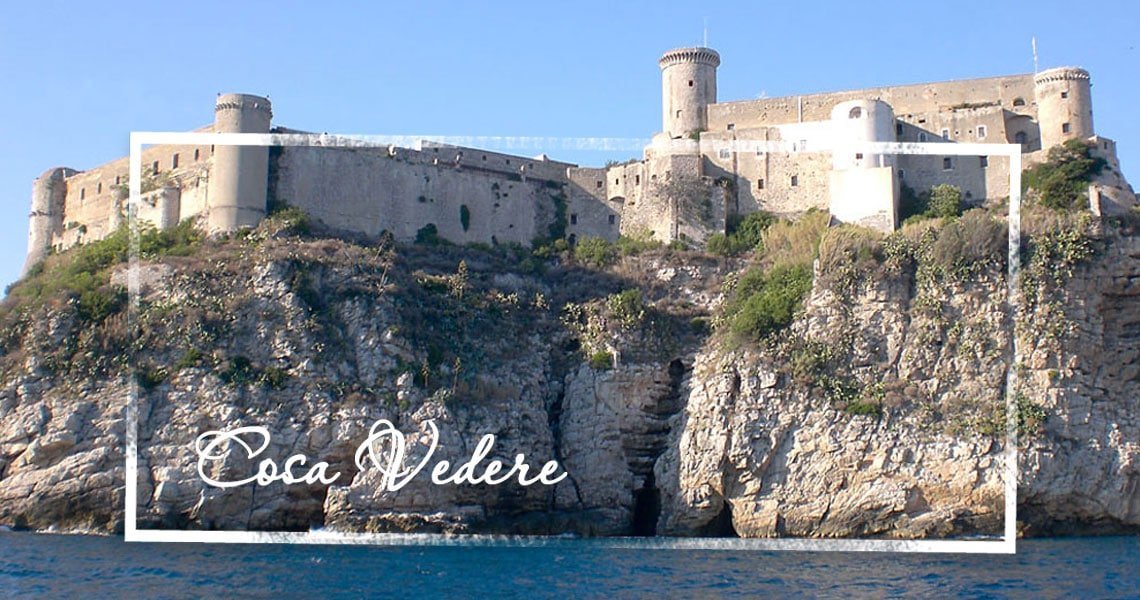 Things to see in Gaeta | Italy

Sanctuary of the Most Holy Annunciation

Built in 1321 and rebuilt 300 years later after being demolished by Charles V, it has a baroque facade. Renowned for its Grotta d’oro or Cappella dell’Immacolata (Golden Chapel or Chapel of the Immaculate) which is adjacent to the church proper, with decorations in pure gold and paintings by Griscuolo dating back to 1531. During his exile in this Sanctuary in 1848-49, Pope Pius IX meditated and proclaimed the Dogma of the Immaculate Conception. The Sanctuary is twinned with the Sanctuary of Our Lady of Lourdes.

This cathedral was consecrated in 1106 by Pope Paschal II and dedicated to the Assumption of the Virgin Mary into Heaven and to the saints Erasmus and Marciano. It is notable for its arab-norman style bell tower dating back to the XIII century. Housed within we can find: The Candelabro del cero pasquale (Candelabra of the Easter candle), a historiated column of the XII century and “Vergini e Santi” (Virgins and Saints) an oil painting by Sebastiano Conca.

A neo-gothic church built by Francis II of Bourbon in the location where the Saint from Assisi built a small hermitage in 1222. It was completely rebuilt in the XIX century. The structure is towering. Inside we can see the Statua del Redentore (Statue of the Redeemer) by Giuseppe and Vincenzo d’Annibale (1850), the Tela dell’umiltà of St. Francis, the painting of the Assunta (Assumption of Mary) by Girolamo Imparato (XVI century) and the painting “Il Riposo nella fuga in Egitto” (Resting while escaping from Egypt) by Francesco Solimena (XVIII century).

Mountain or Most Holy Trinity and The Turk’s Grotto

The church was built in 1434 inside a crevice in the mountain that goes down as far as La Grotta del Turco (Turk’s Grotto) and which, according to legend, was formed at the time of Christ’s death when the veil in the Temple of Jerusalem was torn. Along the stairs that lead to the Turk’s Grotto (330 steps to sea level) , on the right above five holes in the stone wall we find a couplet in latin, “The Turk’s Hand”. According to legend, the stone wall miraculously became as soft as clay retaining the impression of the hand of an unbelieving turkish sailor. The church rises alongside an ancient monastery, built 4 centuries earlier by Benedectine monks. A notable place is the Cappella del Crocifisso (Chapel of the Crucifix) built in the XVI century.

Built outside the city walls in the X century by the duke of Gaeta Giovanni IV, it is notable for its arabic style dome and its sloping floor, meant to allow the water to flow out of after high tide. The small church of S. Giovanni a Mare, also known as church of San Giuseppe because a confraternity of carpenters would meet there, is characteristic of medieval Gaeta due to the blend of diverse architectural influences. It was constructed on the site of an old Roman building and reused the material for the foundation and the walls, a sarcophagus became the altar, the capitals of the eight columns that divide the naves are all in different styles and the dome has Byzantine artwork.

Church of the Holy Mary of Sorresca

A peculiar octagonal church, the entrance is located on one of the sides along with the choir. The main altar dates back to the XVII century and is the work of the Neapolitan sculptor Dionisio Lazzari. Until recently the icon of the Madonna della Sorresca (Lady of the Sorresca) was set on it, but it is now kept in the Stabilimento dell’Annunziata. On the right side we find the sacristy with access to the choir and the bell tower. The facade was touched up in the mid-1800s, when via Duomo was being expanded, and presents an ample doorway with stairs leading to the octagonal room and a single arched window framed by a triangular tympanum. The bell tower stands on a square plan and sits alongside the facade, extending it; it also has a single arched window, round arches and is topped by an hemispherical dome. This small church was built by popular suffrage in the 1500s in honor of the Virgin Mary in place of a warehouse, owned by the Albito family, where a painting of the Virgin Mary considered miraculous was kept. The warehouse was used to store “sorra”, or salted tuna belly, hence the name Sorresca.

This museum holds many finds from ancient roman times discovered during public works or in the Gulf of Gaeta: vases, tools and a funeral set. The exposition also boasts a significant inventory of headstones, capitals, columns and medieval ceramics from the old “Castrum”.

The museum houses a collection of paintings on canvas and on planks from the the XIII century up to the second half of the XIX century. Almost all the paintings have a religious theme and are collected from the old Diocesan Museum, from the cathedral and from surrounding churches and places of worship.

Most of the works are by Giovanni da Gaeta, a painter from the second half of the XV century. Other notable Gaetan painters represented include Scipione Pulzone and Sebastiano Conca. Also included in the gallery are works from Riccardo Quartararo, Teodoro d’Errico Fiammingo, Girolamo Imparato, Quentin Metsis, Luis de Morales, Fabrizio Santafede, Andrea Vaccaro, Giacinto Brandi, Luca Giordano, Francesco Solimena and Pompeo Batoni. Of particular relevance is the Banner of Lepanto, an oil painting on canvas by Girolamo Sciolante representing the Crucifix between the saints Peter and Paul. The banner was flown on the flagship of the Papal States fleet, led by John of Austria, during the Battle of Lepanto where the Ottoman fleet was defeated on October 7th 1571.

Although the exact construction date of the castle is uncertain it was probably built either in the VI century, during the war with the Goths, or in the VII century. Records document the existence of the castle during the rule of Frederik II of Swabia who stayed in Gaeta during his frequent wars with the Papacy and perceived its strategic position. In 1223 he had the castle strengthened. Today the structure is about 14100 mÇ large and is called Castello Angioino-Aragonese because it is composed of two adjoining buildings from two different time periods: a “lower” building called Angioino built during the French domination by the Anjou and a “higher” building called Aragonese built by Charles V along with the military upgrades made to reinforce the fortress of Gaeta.

Built on Monte Orlando to hold the remains of Lucius Munatius Plancus, one of Caesar’s generals, governor of Gaul and founder of Lyon and Basel. The mausoleum has a circumference of 92.70 m, is completely encased in travertine and is topped by an embattled frame.

The Parco Regionale Of Monte Orlando (Regional Park of Mount Orlando) is a small hill 171 m high overlooking the sea. It has cliffs and shrubland typical of the Mediterranean region (maquis or macchia). The Mausoleum of Lucius Munatius Plancus is located on the top of Monte Orlando. On the western side we find bastions and walls built by Charles V and the military buildings from the Bourbon period. The Sanctuary of Most Holy Trinity is also found on Monte Orlando.

Large rifts, formed during the different geological eras, characterize the area and offer a wonderful natural spectacle. The luster of the rock outcroppings, the lush green of the vegetation, the indigo and emerald sea all merge in this mosaic of colors. Centuries of history added a web of stories and legends to this glamorous setting and make any visit to Monte Orlando an exciting and suggestive experience.

The varied vegetation found on Monte Orlando is tightly related to historical events. The area has always been a military garrison and, during the Anjou-Aragon era, a border stronghold for the Kingdom of Naples. Trees better suited for lumber used in military constructions were added and “contaminated” the native flora, such as the 40000 trees, mostly pine and oak, planted by the Bourbons in 1850 and now covering Monte Orlando.

To this date the limestone soil promotes the growth of various aromatic plants that fill the air with their fragrance. There are beautiful specimens of caroub trees along with Aleppo pines, holm, cork, downy oak, mastic, myrtle, broom, phillyrea, euphorbias and three varieties of rockrose – common, maritime and pink. A special note must be made for the Mediterranean dwarf palm, the only native European palm that grows wild on cliffs.

The typical fauna, both migratory and local, is represented by seagulls, hoopoe, European rollers and swifts, while various passerines fill the air with their songs. A pair of peregrine falcons are known to nest among the cliffs. Small rodents such as the common dormouse, voles and hedgehogs wander the underbrush.